At its annual event, the National Trust Eco Fund awarded the prizes to this year’s winners of the National Literature Competition in the name of Mimi Pramatarova (the first Director of Rila National Park).

First prize – crystalline statuette, certificate and scholarship of BGN 500 was handed over to Konstantin Dimitrov – student at the National High School of Mathematics and Natural Sciences “Academician Lyubomir Chatalov” for the essay “Innovations, Sustainable Business, Tradition – meeting in Natura 2000 (network)”. The prize was handed by Mr. Toma Belev – Deputy Minister of Environment and Water and Deputy Chairman of NTEF Management Board.

Second prize – certificate and scholarship of BGN 300 was awarded to Izabel Spasova from the Foreign Language High School “Peter Bogdan” in Montana for the short story „At Home“. The prize was handed by Mr. Vladimir Milushev – Director of Rila National Park.

Third prize – certificate and scholarship of BGN 200 was awarded to Katerina Choleva from the Professional Forestry Highschool “N. Y. Vaptzarov”  in Bansko “Out of Love for Nature“. This prize was handed by Ani Kirilova, Chair of the Prize Winners Club at Ecoforum Plus Foundation.

Like every year, the prizes were awarded during the Annual NTEF event, at which the report of the Fund for 2021 and the Action Plan for 2022 were presented.

The event was held as a continuation of a climate change adaptation workshop within the project “Implementation of innovative measures for climate change mitigation and adaptation in municipalities in Bulgaria” under the Environmental Protection and Climate Change Program, funded by the Financial Mechanism of the European Economic Area (2014-2021). 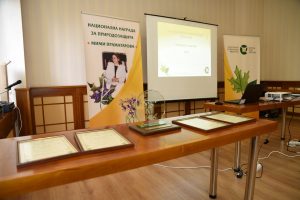 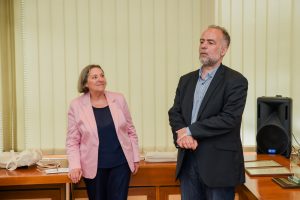 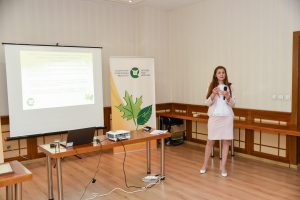 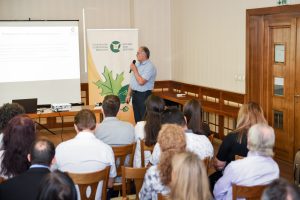 Thank you for your submission!
Annual Event for 2019 of NTEF